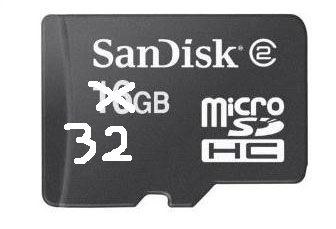 I’m starting to give up on the idea of SD cards. Let’s face it, most of them don’t come that big and they don’t fit in your phone. So, instead bag yourself an adapter and a good sized microSDHC – say, a 32GB one.

Yes, it seems we’re to be treated to double the current 16GB maximum as of summer this year, which apparently is only a few months away. Tell that one to my moth-eaten overcoat. Better still is that, according to a developer who got his hands on a prototype, it doesn’t matter what your phone claims it can handle, it should be able to cope with the new size. The bad news is that they could cost up to 100 Euros.

Big thanks Leon. Promise I’ll get that tips form sorted out, buddy.