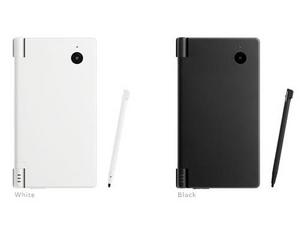 The next generation of Nintendo’s smash hit handheld gaming device, the DSi, will be arriving in the UK on the 3rd of April, the company told us last night.

Featuring the addition of two cameras, enhanced volume and sound quality, built-in flash memory and a download store, the improvements are sure to build on the success of the console across the world.

The console’s also slimmed down a bit. It’s 12% thinner than the already-skinny DS Lite, and has an even bigger, even brighter, 3.25″ screen – which was already brighter than the first-generation Nintendo DS, affectionately dubbed the “Phat” by consumers.

My only worry about the DSi is that people won’t want to replace their existing, perfectly functional, DS and DS Lites with a new model that has only peripheral changes. It’ll almost certainly still sell well, though, especially with the inevitable marketing push that it’ll receive from Ninty. We’re looking forward to getting our hands on it for a play.