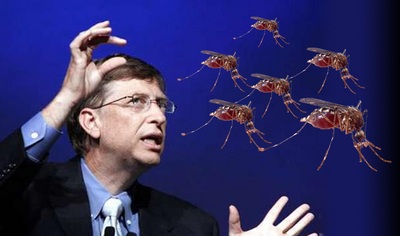 Screaming “Not only poor people should experience this!”, last night Bill Gates released a swarm of mosquitoes into the audience at TED – a technology conference in California. You just can’t make this stuff up.

Gates, whose foundation spends millions of dollars on combating malaria, was making a point that rich countries don’t pay the disease enough attention because it doesn’t really impact their citizenry. Still, hell of a PR stunt!

The Twittersphere reported the swarm as it was release, with eBay founder and Twitter CEO Pierre Omidyar providing the best commentary.