It’s not all work, work, work when you travel to Las Vegas for CES and if the show floor disappointed in any way, shooting my first sawn-off pump action shotgun certainly didn’t. It may not be a big deal if you’re from the US but, as an Englishman, the first time I cocked that sucker and heard the echo of the empty cartridge against the shooting range floor, I took one step closer to Hollywood heaven.

Unsurprisingly, Nevada state laws are fairly liberal on the subject of firearms and The Gun Store is a place where tourists like me can go and have a blast with anything from a pea shooter to an assault rifle, and if you’re a local, hell, you can even take one home.

Photos a plenty over the jump…

It was actually Zara from Shiny Shiny‘s idea to go down there in the first place and it was she who first took the range with her weapon of choice, the pink AR-15 assault rifle, as preferred by NATO although presumably in a different colour. 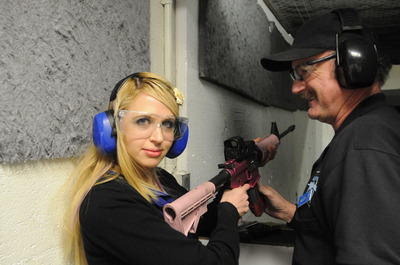 But I wasn’t there for a recoil-cushioned, precision engineered experience. I wanted a hand canon and, even though it was one of the more expensive items in the shop, I went straight for the most powerful handgun in the world, the Magnum 44. 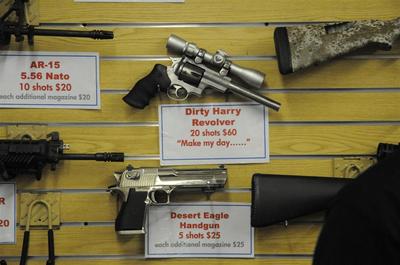 I was a little disappointed that they’d strapped a poncey sight on top of such a raw blaster but it was still impressively heavy enough to hold and, with each of the six chambers filled with shells about half the size of my index finger, I assumed the position with a sudden sense that, were there any accidents, I’d be taking mine or someone else’s head clean from their shoulders. 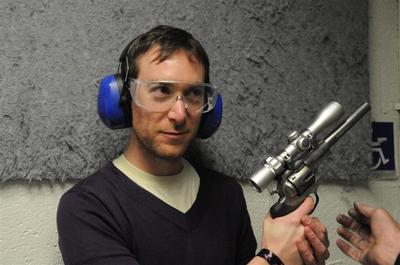 I’d shot guns before but only .22 rifles and I was amazed at how well put together something as apparently crude as a Magnum is. It was alarming easy applying enough pressure to the trigger to make the barrel turn over and only the slightest tap from the hammer was enough to cause the flash bang and enough power to send the tip of the gun toward the ceiling. And when that was done, it picked up the sawn-off. 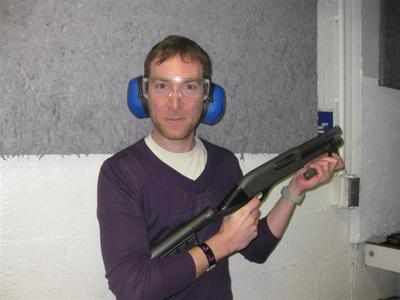 Once I’d finished blowing my own target to tatters, I was a little disturbed to notice that among all the different targets you could choose, there was one of a black man, one of a white man and one of a hispanic man. I can only think that these are for racists to vent their spleens. Quite sad really. 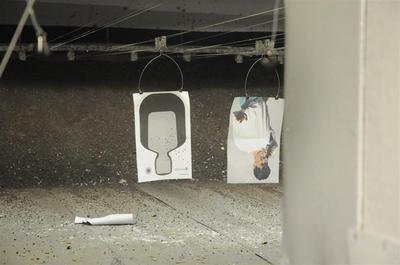 If you’re ever Vegas way I heartily recommend taking a trip down to The Gun Store. It’s remarkably reasonably priced for the thrill you get, and despite signing a disclaimer, you feel like you’re in good hands. Don’t forget to have a look around the shop afterwards. 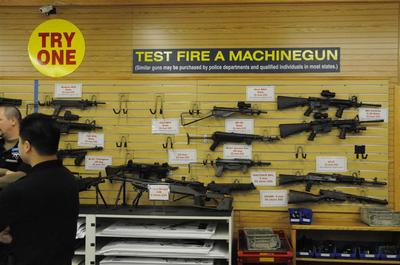 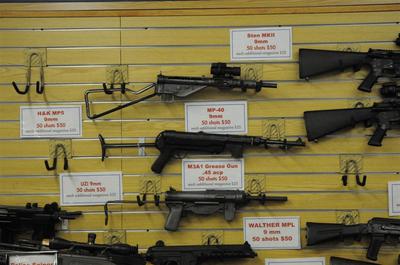 a citizen of Nevada exercising his rights 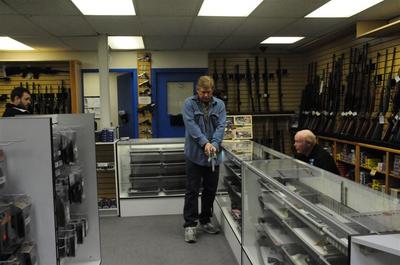 cradling your child and your gun – genius 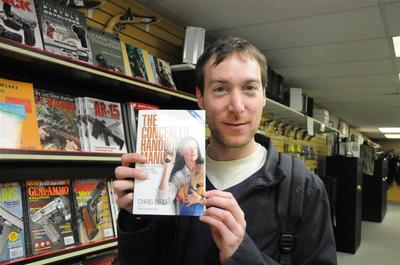 One thought on “SHINY VIDEO: Shooting guns down the Las Vegas Gun Store”