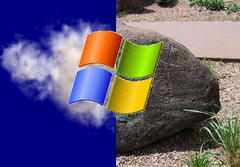 It seems Microsoft may have another name for its imminent Cloud-based Windows operating system which Steve Ballmer called “Windows Cloud” last week.

According to a screen grab of a web page at Microsoft’s Professional Developers Conference, hastily edited after being spotted by eagle-eyed bloggers, the new operating system is Windows Strata.

This makes me wonder whether Microsoft has got its geology and meteorology mixed up. I don’t claim to be an expert, so I’d better watch myself, but I always thought “strata” related to rock layers, while “stratus” referred to clouds. 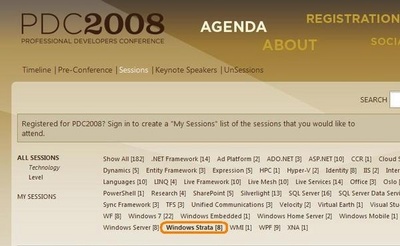 Perhaps Microsoft is developing an operating system for “The Rock”?

Or, perhaps it’s a subtle (not a geological) dig at Firefox, for which Strata is the name of the main theme in version 3.0.

Who knows? In any case, nothing official has been announced yet, so we’ll have to wait and see. It could all turn out to be a load of hot air.

One thought on “Windows Strata: Has Microsoft got rock and cloud mixed up in its new OS name?”