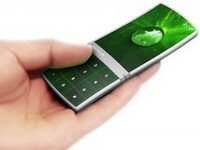 So, the Tube didn’t turn out to be quite the iPhone-killer that it was billed to be back in the Stone Age when it was first mooted, but Finland’s most famous export has promised to put right what once went wrong by pledging to bring a touchscreen Nokia N-Series phone to the market before the end of the year.

The director of marketing of Nokia India, Devinder Kishore, said: “We will have lot of touchscreen phones coming up, including an N-series device very soon,” so you don’t just have to take my word for it.

Those with a brand new N96 have probably just crushed it to dust along with their ground-down teeth but don’t worry. Firstly, nobody said it was going to be the N97 and, with the release of the 5800 XpressMusic taking around three times longer than it should, there’s no reason to believe it’ll really come out in the latter part of Q4 2008 anyway.

The touchscreen interface is not an easy one to get right. We all know that Apple has set the standard. We all know that the likes of Samsung and LG have rushed out some slightly less smooth band-wagoners. Nokia may continue to test their new technology on lower handsets before making a very public mess on their flagship model. Unless, well, unless they’ve only gone and got it bang on.