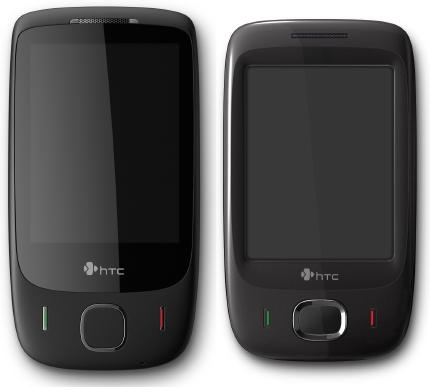 It’s a smaller version of the Touch HD but still drips with all the multimedia goodness you’d expect from such a phone. It’ll come in four colours: sophisticated black, noble gold, sparkle blue and modern brown.

The Touch Viva drops the 3G capability in exchange for better battery life, but still has Wi-Fi connectivity. Same screen size as the 3G, but with a two megapixel camera, all other specs are pretty much the same, except that the 3G uses a more powerful Qualcomm chip running at 528MHz, whereas the Viva uses a TI OMAP 850 running at 201MHz, if you really needed to know that. Available in storm grey.

Both handsets will be available early next month, with pricing and networks to be confirmed.