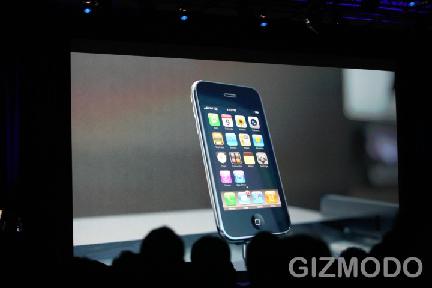 Jobs said “these are all signed, sealed and delivered”, so by the end of the year, the 3G iPhone will be available in 70 countries, with Mexico, Canada and countries in South America first, and other countries being added at later dates – Spain, Africa, and Japan included.

The 3G iPhone, on the other hand, will be available from July 11th, at no more than $199 in each country for the 8GB version – that’s £100 here in the UK. The 16GB version will be available in white, for $299, or £150, for us. There’s no word yet from O2 regarding the announcement, but stay tuned for some official details shortly.