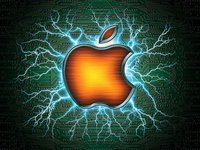 In the fight for superiority, PC users trumpet the power to customise, hack and bully their machines into doing their will. Macs are not so pliable but at least now you can overclock them.

German site ZDNet.de has developed a tool creatively named, “ZDNet Clock” that will allow you to speed up OS X 10.5.x (Leopard) based computers.

At present, the 1.0 version only supports Mac Pro and Apple server Xserve with Intel Processors.

So far, ZD net has tested their software out on three Mac Pros. They claim to have sped up a computer equipped with two 2.66 GHz X5355 processors to 3.10 GHz. The other two were fitted out with twin 2.80 GHz E5462 processors and were overclocked up to 3.24GHz without a meltdown.

According to the folks at ZDNet, this means that by using the tool you can coax your machine into running faster than the most expensive Mac Pro on the market. Pretty decent!

Using the tool however is not without some rather funny side effects as the higher clock speed increases the desktop clock speed and you’ll find your Mac running in a different space-time continuum from you. Solving it involves restarting (without turning off the system) but if you push your Mac to 3.214 GHz, you can’t do this without crashing it.

Plus, the programme has a bug which results in your computer returning to standard clock speed when it revives out of standby mode. The next version of the tool aims to solve this problem.