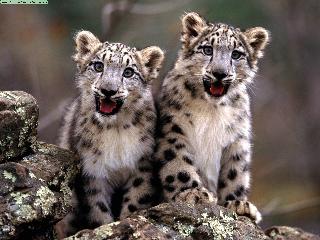 Don’t you love that with Apple naming their latest OS ‘Snow Leopard’, we have an excuse to post cute pictures of snow leopard cubs on Tech Digest?

Apple has confirmed details of OS X 10.6 Snow Leopard, which will be launched at the beginning of 2009. What we know so far is that it will be mostly minor tweaks to the current OS, including optimisation for multi-core processors, it will have a new QuickTime X platform, be GPU-friendly, and will support RAM of up to 16TB. Although whoever has 16TB of RAM, I don’t know. Safari, Apple’s browser, will be 53% faster where JavaScript is concerned