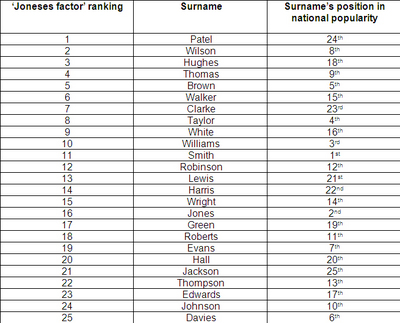 So, it’s no longer the Joneses with whom one must keep up in the world of gadgets. According to a survey by online consumer electronics store Pixmania, people with the surname Patel are the one’s who by the most technology products in the UK.

The survey, which was based upon the sale of flat screen TVs, MP3 players, Blu-Ray players, games consoles and other such categories, showed that despite being the 24th most popular name in the country, it was the Patels who came out on top, while the Joneses only ranked at 16th despite being the second most common surname in use.

If you really do want to keep up with the Patels, Pixmania also compiled a table showing the most common bough item by the Patels in each of the gadget categories. Here it is… 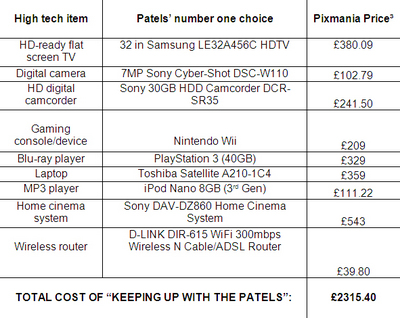 …with quite an odd situation where the top Blu-Ray player is a PS3 and the top games console a Nintendo Wii. I guess the Patels really do have it all.