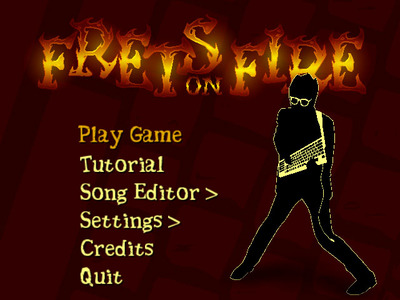 Similar to the official Guitar Hero III widget we saw, but Frets of Fire is an open source version of the game not limited to just the same three tracks.

The controls are essentially the same but this time you’re encouraged to pick your keyboard up and wield it like an axe rather than play discretely at work while your colleagues think you’re crunching numbers.

Better still you can either create your own or download more songs though the built-in importer in the official Guitar Hero game or the Frets of Fire community web sites. 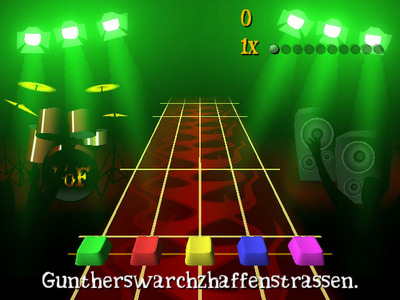 What tickles me the most, though, is the in-game tutorial from guitar expert Jurgen Guntherswarchzhaffenstrassen who basically insults your playing until you give up. There’s nothing quite like being told that you suck in a heavy German accent, although I think there are films dedicated to that.

Frets on Fire (via Red Ferret)