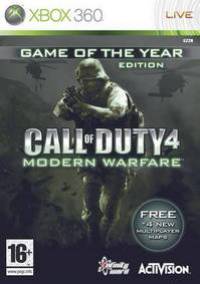 Infinity Ward, developer of Call of Duty 1, 2 and 4 (i.e. the best ones), also points out that CoD4 is one of less than 10 games to break through the 10m barrier since 2000. It didn’t go into exact details over which platform sold the most, but with the PC version suffering at the hands of pirates and the PS3 still very much playing second fiddle at the time of CoD4’s November launch, it’s not surprising to learn that the most success has been enjoyed on the Xbox 360 platform.

However, Xbox is the biggest platform around – that honour is reserved for the family-favourite Nintendo Wii. Unfortunately for Wii owners, studio head Vince Zampella asserts “[CoD4] just doesn’t fit on the Wii.” “We thought it would be compromised to be on (that) platform,” He added.

Call of Duty 5, however, is back in the hands of Treyarch and is expected to hit PC, PS2, PS3, Xbox 360, Wii and Nintendo DS. What does that tell you?