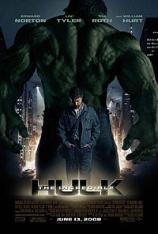 Those traitors over at Universal have finally picked their dignity up off the floor and announced their first releases for the Blu-ray format, after deciding mid-February to change exclusivity from the defunct HD DVD to Blu-ray.

The first film to receive the Blu-ray treatment in July is ‘Doomsday’, followed by ‘The Incredible Hulk’, ‘Wanted’, ‘Hellboy II: The Golden Army’, ‘Mamma Mia!’ and ‘The Mummy: Tomb of the Dragon Emperor’.