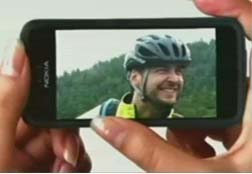 It’s good of Nokia to join the hordes of mobile manufacturers vying to topple Apple from the Touchscreen throne, with news breaking today about their ‘Tube’ concept phone.

It was shown off at the Evans Data Developer Relations Conference over in California, where the Vice President of Forum Nokia, Tom Libretto, claimed Apple’s five million sold units is a drop in the ocean compared to Nokia’s, as “we’ve done that since we’ve had dinner on Friday”. Forgetting, of course, they’re mostly entry-level PAYG models.

Little is known about Nokia’s Tube handset, except it’s their “first touch device”, according to Libretto, and that it will feature Java, something the iPhone is sorely lacking in.

(via Product-Reviews and Infoworld)