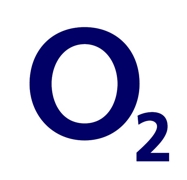 O2 has been publicly criticised by telecoms regulator Ofcom for not rolling out its 3G network fast enough. According to Ofcom, O2’s 3G network currently only covers 75.69% of the UK population, when it was obliged to have reached the 80% mark by December.

Doesn’t sound like a big shortfall? Ofcom says that amounts to around 2.5 million people who should be in O2 3G coverage, but aren’t. If the operator doesn’t pass the 80% mark by the end of June, Ofcom will reduce its 3G licence by four months, meaning it’ll end in August 2021 instead of December 2021.

“We accept that Ofcom is enforcing the terms of our licence,” says O2 in a statement. “However, we are fully committed to increasing our 3G coverage and customer base with the best quality 3G service and are confident that we will meet Ofcom’s requirement before June 2008.”