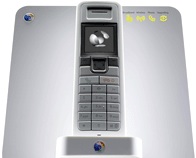 Yes, I know that Christmas Day itself should be reserved for offline activities, but you have to understand that trying to survive for over a week without any access to the Internet is, for me at least, pretty difficult.

Part of the problem was that, at 1am on Saturday, 22nd December, I decided to unplug my BT Home Hub during a software update. Bad move.

In my defence, I’d lost the router manual, and over the years have been around far too many devices with lights that, when all flashing vigourously, indicate some kind of problem. And when there’s a problem… “Have you tried turning it off and on again?”

I also discovered that a similarly techie relative had also borked his BT router on Boxing Day, in exactly the same way.

In any case, it really made no difference, because the Internet hasn’t arrived at my parents’ house. It has arrived at their neighbours’ house, but unfortunately sensibly, they’ve locked their Wi-Fi connection.

My attempts at getting any Internet connection via my mobile phone proved both expensive and fruitless.

Ah well, no chance of Yuletide online fun after all.

Surprisingly, going cold turkey (pun intended) wasn’t as difficult as I thought. Having said that, the dog got a lot more exercise during Christmas week, and I actually discovered the ancient pastime of face-to-face conversation (without webcams). Amazing.

Though I occasionally felt the urge to visit a price comparison web site and prove that I could find a better deal on gadgetry than Argos or Dixons, it wasn’t enough to make me beg strangers for bandwidth, or attempt the indignity of getting a dial-up connection to work.

Unfortunately, on returning to base, where I expect the Internet to be ubiquitous, I had missed the delivery from BT by two hours. Feck. A whole weekend without Facebook, Twitter, and seeing if anyone had bothered to read my Christmas articles. (Fat chance).

Though I had merely expected a replacement software CD (like I keep those…), I get the distinct impression that a lot of BT’s customers have crapped out their Home Hubs.

New design. Not only has the stupid clip been removed from the back, allowing easy access to the ports and (importantly) the power cable, but the shorter model has multi-coloured status lamps, including an “Updating” one. Yes, the router actually signals logically to the user when it’s doing something vital, rather than just flashing manically.

Life without the Internet? It’s perfectly doable — but it’s weird.