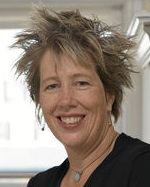 The One Laptop Per Child project which is giving much cheap happiness to deprived children and – more importantly – gave us rich lot the awesome Eee PC for Christmas, has a newer, cheaper rival on the horizon.

Start-up Pixel Qi has set out to trump the OLPC’s “$100 laptop” (actual price: $188) scheme by aiming to build cheap screen components for a laptop that, once done, could cost $75 per unit to manufacture.

The human face of PixelQi is Mary Lou Jepsen (pictured left, after clearly being out in the wind for quite some time), who was chief technology officer of the One Laptop Per Child project. Her new company’s web site is pretty much just one big press release at the moment, filled with meaningless quotes like this:

“Spinning out from OLPC enables the development of a new machine, beyond the XO, while leveraging a larger market for new technologies, beyond just OLPC: prices for next-generation hardware can be brought down by allowing multiple uses of the key technology advances. Pixel Qi will give OLPC products at cost, while also selling the sub-systems and devices at a profit for commercial use.”

Hopefully, when translated into English, that little lot means we’ll all be getting more nice cheap laptops soon with clever, energy saving-yet-bright screens. This will mean we can update blogs from in the garden during the summer. Then, the futuristic utopia will definitely have dawned.

Related posts
One Laptop Per Child kicks off November 12th, two XO laptops for $399
The $100 laptop now costs… $188?
Asus is aiming to sell a staggering 3.8 million Eee PCs next year – some with Windows on