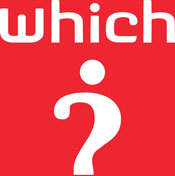 The latest survey from which.co.uk claims the majority of us want more simple gadgets that are easy to understand.

Nearly two thirds of consumers surveyed said that some technical products have lots of functions they don’t understand and never use. And more than three quarters felt manufacturers should be encouraged to make simpler versions.

Complicated remote controls for TVs, DVD players and stereos were the least popular gadgets – 63 per cent said they’d be very or fairly likely to choose a basic remote control than one with lots of extras. Not far behind were digital radios, with 61 per cent, followed by mobile phones and digital cameras.

Malcolm Coles, Editor, which.co.uk, says: “Manufacturers are forever bringing out updated products with extra functions. There’s no need to make a meal out of remote controls, radios or any other technical products. The result of our survey shows that many consumers would prefer simple gadgets to unnecessarily complicated versions.

I don’t buy it myself. Setting up a TV has never been easier – the same with a DAB radio, iPod and computer. In fact, just about everything is now easier to set up and use – especially if you spend five minutes with an instruction book.

More on the survey at which.co.uk