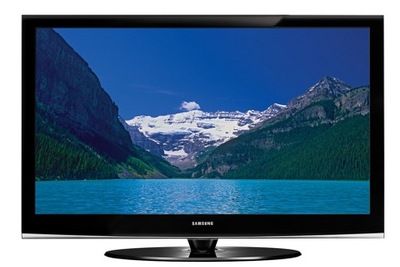 It’s all about the tellies at CES so far this year, at least as far as the big consumer electronics manufacturers go. However, rather than willy-waving about biggest and slimmest screens, they’re focusing more on features.

So, welcome Samsung’s Series 4 plasma HDTV, which was unveiled today. It’s piano-black, has three HDMI inputs, and will be available in March in 42 and 50-inch versions. It’s packing tech from 3D-enabled DLP HDTVs too, which Samsung is pitching as a big feature.

There’s also a new 1080p Series 5 plasma HDTV, with a single-scan system to boost picture quality. It’s also got three HDMI inputs, as well as a USB 2.0 port. It’s out in March too, in 50 and 58-inch models.