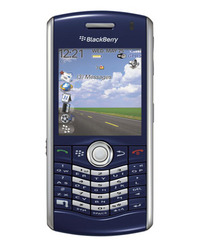 Sling Media has announced a BlackBerry version of its SlingPlayer Mobile placeshifting application, which will be shown off at CES next week running on a BlackBerry Pearl 8120 handset.

The app is due to be released later this year, and in the UK, existing owners of the company’s Slingbox will just have to pay a one-off £19.99 fee for the BlackBerry app. The Pearl 8120 is a good choice, since its built-in Wi-Fi means you’ll be able to stream TV without paying through the nose for data charges, when in range of a hotspot or network.

The company says BlackBerry users have been clamoring for SlingPlayer Mobile for some time now. The news is also more evidence of how BlackBerries are becoming more consumer-focused devices, going beyond their traditional stomping ground of push-email and business apps.