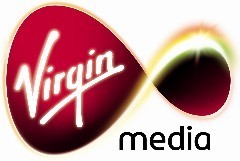 The number of Virgin Media vans on the road could be drastically cut, replaced by ‘faster and greener’ engineers for home visits.

The bikes will be introduced initially in London, with the belief that bikers can beat traffic congestion and clock up more appointments. Virgin estimates that a bike would spend a third of the time travelling from job to job than a van, as well as using a third of the fuel that a van would use during a year. If successful, the scheme will be rolled out in other major cities.

Hopefully the company will also get on its bike to fix the issues relating to its broadband speeds. Tech Digest has received a number of complaints about Virgin’s downloads speeds, particularly at peak times. And as a customer myself, I can sympathise – as I rarely get anything near acceptable speeds during daytime hours..