It’s the Tory party’s political conference this week in Blackpool, and yes, you’re right – politics has no place on Tech Digest. But while the MPs are by the seaside, we thought it’d be a good time to check out a few gadgets for Dave Cameron and his mates. 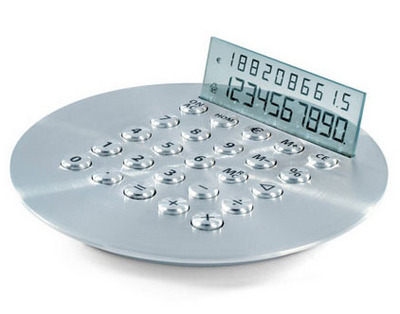 Now, any good Chancellor of the Exchequer has to be up on his numbers. And if George Osbourne wants to sit behind the door of No11 Downing Street then this might be worthy of his first purchase. As long as it’s not put on his state expenses!

The Lexon Roswell looks great and is modelled on a flying saucer. So if his tax figures seemed alien before, at least now he has a reason for it. It only costs £32.50 and also includes a currency converter. And that could come in really handy when he’s working out just how much better the other economies in Europe and America are doing compared to ours.

There’s no doubting Dave Cameron and his team have green intentions. It’s definitely their most popular colour, it’s the new blue don’t you know! So this might come in handy for policy-makers everywhere.

Called EcoSeek, it describes itself as a “search engine for all things green” and also provides links to a host of articles and ‘green’ tips. In fact, you probably don’t need an Environment Secretary any more. Just find a trained chimp and get them to type in “What is today’s green policy?” 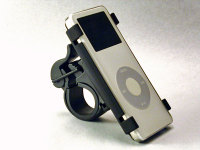 There’s nothing London Mayoral hopeful Boris Johnson likes better than a cycle around town, his blond locks blowing in the wind. The bumbling MP is never shy about causing controversy and this gizmo will be of use to drown out anyone detractors trying to shout him down as he rides through the streets.

Put it on the handlebars and you can move along with your iPod firmly secured. It only costs £20 too but be careful the volume isn’t too loud Boris, otherwise you won’t hear those bendy buses hooting you from behind!

Bill Wyman Signature Metal Detector
If it’s good enough for a Rolling Stone, then it’s good enough for David Cameron. While he’s in Blackpool, he could find a couple of spare hours to take to the beach and search for buried treasure like Tory policies with this £125 gadget.

Who knows, he might actually turn up a few quid too to boost the party’s coffers. “Metal-detecting is not just for anoraks or eccentrics,” says Wyman. Heaven forbid! Let’s hope it’s for policitians too. After all, they are no strangers to digging up old relics – just look at Gordon Brown having tea with Maggie Thatcher!

Politicians telling lies, they never do that! Oops, I wouldn’t last long if this was installed on my PC. The bit of software analyses conversations over VoIP to check if they are the truth, the whole truth and nothing but the truth.

So all David and his party have to do is add Gordon Brown and his team to their Skype contacts and away you go. Plenty of fodder to carp on about to the voting public. Unless the Labour staff have got their first and installed it already without the Conservatives knowing!