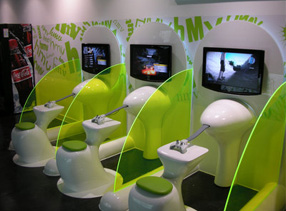 From WiiWii.tv: Silent Hill has been confirmed as not coming out on the Wii, as according to their sound designer, “the Wii user isn’t a hardcore user”. No DS joy either, Ninty fans.

From Games Digest: Manhunt 2 leak in September caused by former SCEE employee, who was inevitably fired.