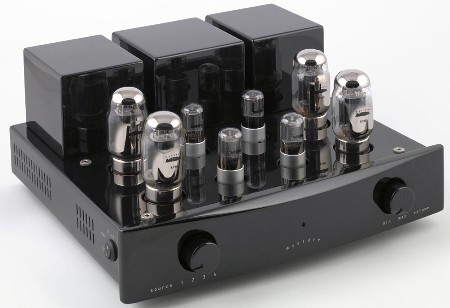 Mystère, a sister brand to Prima Luna, has launched two valve amplifiers aimed at the hi-fi enthusiast who’s hooked on the warmth of valve amplifiers but who also wants a bit more “punch” to their music, at a decent price.

The ia11 and ia21 sport eight valves in total, the ia11 coming with four 6SN7s and four EL34s, and the ia21 having the option to switch out the EL34s for KT88s. If that doesn’t mean anything to you then join the club, but I’m assured they go together to making a great sound.

A rundown of the features follows, but be warned that you need to be an audiophile to appreciate what they mean.

They feature four line level inputs. The ia11 outputs 40 watts per channel, and the ia21 50 watts.

As far as maintenance goes, the amps feature a soft-start circuit to help extend the life of the valves and reduce the chance of failure. When a valve and fuse need replacing, it’s a simple matter to plug a new set in.