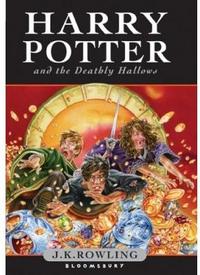 Harry Potter and the Deathly Hallows isn’t even out yet in its French language edition, and already some pesky teenager has posted the translation on the internet. Reuters suggests it’s actually their OWN translation too. If so, that’s got to be an A for English homework, surely.

Anyway, the unidentified 16-year-old was promptly arrested, with French publisher Galimard (which releases the official translated edition) saying suitably stern words about it being a serious crime, and not just an example of a keen fan stepping over the mark.

“It is not a young person or a fan we are talking about here — these are organized networks that use young people,” said spokesperson Marie Leroy-Lena. It’s the second time the new Potter novel has suffered from internet piracy, following the posting of hundreds of pages online in the run-up to the UK launch last month.

If book publishers think it’s bad now, wait until e-books become popular – being digital, they’ll be as easy to pirate online as music and films…