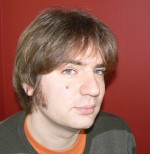 I signed into Vox the other day, for the first time in months. It looks like everyone in my personal neighbourhood has been similarly lax too – only one of my friends has blogged in August, and several last posted in May. It’s like a Web 2.0 graveyard.

The same goes for Twitter. I got all fired up about micro-blogging, yet my Twitter feed is gathering dust, or whatever the internetweb equivalent is (stray zeroes and ones?). And the same is true for the people I follow.

In both cases, I think the reason is the same: Facebook. My friends and I have basically dumped personal blogging and micro-blogging in favour of posting status updates, joining groups, and sending each other virtual fish. And I don’t think we’re the only ones.

I should make one thing clear: Facebook isn’t killing blogging. Tech Digest is a blog, after all, and there’s still huge growth in commercial blogs, particularly as the Big Media world catches onto their potential. And there’s a world of innovative stuff happening on Twitter too.

But personal blogging? That’s another story. Facebook might not have killed it stone dead (yet), but it’s certainly slammed the brakes on its prospects of breaking out of its niche to become a mainstream activity.

When it launched, Vox was all about getting your mum and less tech-savvy friends to blog without needing a certificate in geekery. It’s a great, well-designed, easy-to-use service. Yet my friends and family aren’t on Vox; they’re on Facebook. One of my aunts is on Facebook. They don’t want to blog, but they do want to be part of a social network that lets them communicate in bite-sized chunks of text or media.

And that’s the problem for blogging companies. People who’ve blogged in the past won’t necessarily dump LiveJournal or Blogger. But all those millions of new people who were supposed to take personal blogging into the mainstream? I don’t think that growth is going to happen.

Maybe the stats will prove me wrong – maybe Vox is adding thousands of new users a month who all post regularly, and maybe Twitter isn’t getting clogged up with hordes of deserted feeds.

But if not, it’s a strong sign that personal blogging is going to remain a niche in the grand scheme of things, and that Twitter faces a struggle to make good on its initial launch buzz. While commercial blogging – or even ‘prosumer blogging’ (people with something to say about a particular subject who may or may not be making money from it) – go from strength to strength, the prospects for personal blogging look a lot bleaker in the Facebook era.

Related posts
Opinion: Pulling ads from BNP Facebook pages is absurd
The 101 best Facebook applications in the world today
London is the Facebook capital of the world!

One thought on “Opinion: Facebook is killing personal blogging”