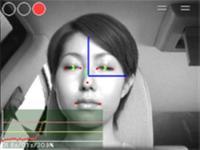 Drink driving is a problem everywhere – but in Japan, it’s a particularly serious problem, prompting Nissan to launch a concept car fitted with a breathalyser-like system to keep drinkers off the roads.

Nissan’s alcohol-detection sensors check odour, sweat and driver awareness, issuing a voice alert from the navigation system and locking up the ignition if necessary. Odour sensors on the driver and passenger seats read alcohol levels, while a detector in the gear-shift knob measures the perspiration of the driver’s palm when starting the car. And a mounted camera monitors alertness by eye scan.

Nice idea, but it is unclear when we’ll see it at retail level. Nissan’s main problem right now is judging what the point of alcohol impairment really is. Right now, just one beer registers – which sits within legal boundaries in many countries.