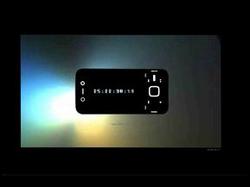 The anticipation is building in the run-up to Nokia’s London event on 29th August, which has already been fingered as the launch of its iTunes-rivalling music download service.

It stands to reason there’ll be a new handset or two unveiled on the day too, with the latest rumours claiming it’ll be the N81, an 8GB music phone with 3G/HSDPA, a slider design, and a two-megapixel camera. There are even reports that it’ll include the all-new N-Gage games platform, which hints at a release date for the N81 of Q4 this year alongside N-Gage.

I’m hoping that the N81 will also have Bluetooth stereo audio, a proper headphone jack, and maybe some natty wireless headphones in the box too. If Nokia seriously wants to take on Apple, the N81 will have to be great, not just another solid Series 60 phone.