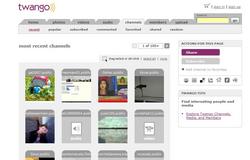 Nokia has bought Twango, one of the ever-burgeoning crop of Web 2.0 media-sharing sites. Apparently, the idea is to make it easier for owners of Nokia’s Nseries phones to share their photos, videos and other documents.

It’s an interesting move, given that Nokia has previously been happier to just work with partners like Flickr. I wonder how many mobile users will switch to using Twango just because it’s preloaded on their handset though – especially if they’ve already uploaded a ton of stuff to Flickr, YouTube etc.

Anyway, it does show that Nokia (and other handset manufacturers) still have ambitions to manage the destination for your camphone photos and videos, as well as the actual production of them.