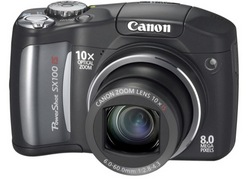 There is light at the end of the Canon tunnel, with the PowerShot SX100 IS and the A-Series range of cameras completing the new models unveiled today.

Again, prices to be confirmed.