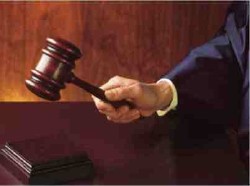 A US federal judge has overturned a jury decision that Microsoft had to pay $1.53 billion to Alcatel-Lucent for infringing two of the latter firm’s MP3 patents. The original ruling, which was made in March, sent shockwaves through the digital music world.

Now, however, Judge Rudi M. Brewster says that Microsoft didn’t infringe one of the patents after all, while it legitimately paid a different company, Fraunhofer, for the other. Naturally, Alcatel-Lucent plans to appeal against the new ruling, so the case isn’t over quite yet.

Why should you care? Well, if Brewster’s decision stands, it reduces the likelihood of other firms (i.e. anyone who’s involved with MP3s and digital music, like Apple, Nokia, RealNetworks…) being sued for similar patent infringement. And obviously, if you own Microsoft shares, it’s cause to break out the bubbly.