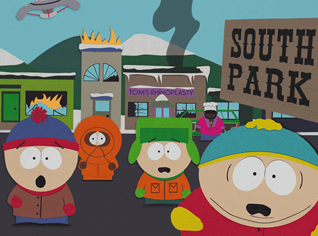 – South Park launches a new online ‘hub’, reportedly the first of its kind (Paid Content)
– Steve Jobs is to be inducted into California’s Hall of Fame (Apple Insider)
– An illegal downloader is being forced to use Windows as his OS as part of his punishment (Valleywag)
– An American teen so engrossed in texting, gets hits by oncoming train (Wired)
– Move over Fake Steve Jobs, say hello to fake Michael Arrington at CrunchFood (CrunchFood)