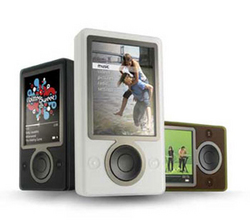 Microsoft’s promise to shift a million Zune personal media players by the end of June wasn’t an idle one: the company’s latest set of financials included an announcement that the device had actually sold 1.2 million units.

It’s a significant milestone, although one that’d look more impressive if Apple’s iPhone hadn’t achieved near enough the same amount in just a week. Still, the most sensible way to look at Zune’s performance so far is that it’s a start – just as the original Xbox represented a decent start in the console sector.

With new Zune models slated to be announced later this year, even the most ardent Gates-haters will expect Microsoft to build on the first Zune’s modest sales success. Who knows, perhaps Microsoft will even release the device in Europe someday…