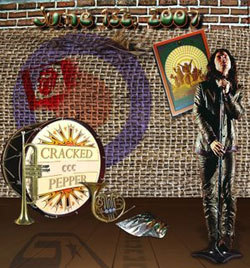 Yes, it tops all the polls as a classic, but isn’t 40 years long enough for anything? CCC obviously think so – they’ve done a ‘mash up’ of The Beatles’ Sgt Pepper’s Lonely Hearts Club Band album under the name Cracked Pepper.

If you don’t know what that is, I’ll explain. It’s where two or more records are mixed together to create new one. In this case, all the original ‘Pepper’ tracks with a range of others – including everything from ELO to The Clash and Groove Armada. Yes, it probably is illegal – but it’s available now to download for free until someone slaps their wrist.

Via Retro To Go