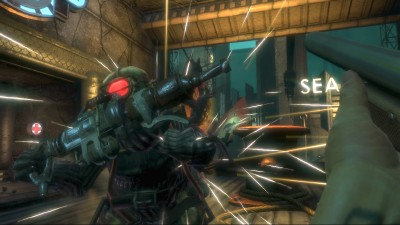 It’s good to know there’s a place in the next-generation console industry for the man behind the theme tunes to The A-Team and Magnum PI. Garry Schyman is that man, and he’s working on the soundtrack for upcoming Xbox 360 game BioShock.

We need more people with his experience though. Microsoft! Call up whoever wrote the Roobarb & Custard theme tune and put ’em to work on Halo 3! You know it makes sense…