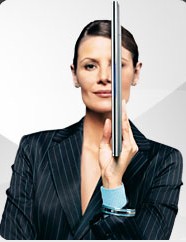 I’ve put the question mark in, as by the time you read this post, seven companies will probably have launched laptops 1g lighter, just to get the record. But assuming they haven’t, Toshiba’s Portege R500 reckons it’s the lightest laptop money can buy.

The single-spindle model is the one you want if that first paragraph had you dribbling: it weighs just 779g. It’s also the first Toshiba notebook to come with a Flash-based 64GB Solid State Disc, which claims to be more shock and vibration proof, quieter and less battery-sapping.

Meanwhile, the dual-spindle model has the world’s first 7mm optical disc drive, helping it under the 19.5mm thinness mark. But you still get a 120GB hard drive for your money. Both models have transflective 12.1-inch LED backlit screens too, which Toshiba says look great whatever the lighting conditions.

Battery life varies between 7 hours and 12.5 hours depending on the configuration, while the notebook comes in silver. Credit to Tosh for not calling it something ridiculous like Sharpshooter Silver, or Desk Warrior Slivered Grey.

The R500 comes with Windows Vista Business or Windows XP Pro pre-installed, and will be out in July from £1,099 excluding VAT. Oh, and to celebrate the fact, Toshiba is sponsoring a transatlantic balloon flight. Marvellous.