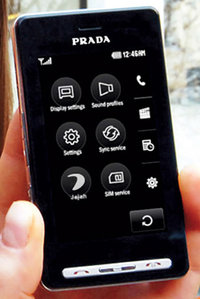 Quite a coup for VoIP company Jajah, it has managed to get its functionality featured on LG’s much-anticipated Prada handset.

Jajah claims to have two million users just one year into its existence, thanks to a system that requires no downloads and no extra hardware. That number which should be boosted with a prominent position on the Prada phone’s menu. It uses Jajah’s just-released mobile web application, which means low-cost calls with one click of the menu button.

According to the company, those call rates from the UK and abroad are typically 91% cheaper than on a standard mobile contract with Vodafone, 67% with Orange, 87% with T-Mobile and 88% with O2 – and even lower rates again if both the caller and the person being called are Jajah members.

Find out more about Jajah