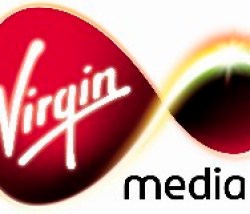 Lots of hubbub in the press today about NTL’s rebranding as Virgin Media, which takes effect this week. Richard Branson is unsurprisingly bullish about its prospects, while BSkyB has been predictably nonchalant about the threat posed by its beefed-up competitor. Meanwhile, BT is focusing on getting its BT Vision service up and running.

But what about us punters? What will Virgin Media have to do to persuade us to switch to cable (or stay with it if we’re already on NTL)? Here’s three ideas from Tech Digest.

1. Prove that the customer service has improved
One word on NTL’s customer service in the past: Christ. It was every bit as bad as the complaints websites would have you believe. To quote one example close to home (i.e. me), when my telephone line was fecked and my digital set-top box stopped working, the response from customer services was inadequate at best (I had some choicier words at the time). Virgin Media execs are making the right noises about having sorted the problems since the NTL / Virgin merger, but the proof will be in the watching/talking/surfing.

2. Beat Sky+ at its own game
The word is truly out about Sky+ – it crossed over from a word-of-mouth geek secret to a mainstream device long ago. NTL customers have been waiting for something similar for some time, and talk of Virgin Media’s new PVR – which may or may not be called V+HD or some variation – has got us dribbling with anticipation. But it’ll have to out-Sky+ Sky+ to live up to expectations.

3. Bring great HD channels and on-demand content
The two areas on which the coming digital TV battle will be fought are crucial for Virgin Media. What HD channels are available and how fast the company’s HD set-top boxes roll out will be vitally important, while a strong suite of on-demand films and programmes will be equally essential to compete with Sky and BT Vision.