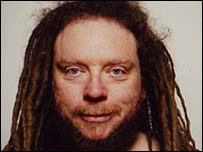 Jaron Lanier was one of the Virtual Reality pioneers in the 1980s (i.e. Second Life is all his fault), but he’s not keen on this Web 2.0 lark. At all. Interviewed by the BBC World Service, he criticises the latest generation of social websites for their ‘digital Maoism’:

“We have these designs on the internet where a whole bunch of people work together anonymously – a mob, in my opinion – in order to do something. They actually take on the emotional quality of a mob – they become mean, they tend to insult each other a lot more than they would if they knew who each other were. In my opinion, this is an example of a design that isn’t so great.”

He also criticises news aggregation sites, pointing out that when people vote on which stories should be given a high profile, the silliest stories tend to float to the top. Glance to the right hand side of the page of the BBC News Online article I’ve taken this from, and you’ll see the most popular story on that site today concerns a giant squid. Quite.