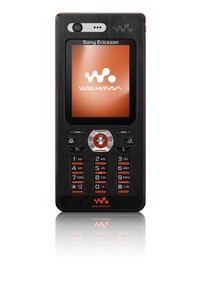 It’s probably not Sony Ericsson’s fault that I came out of this morning’s press launch feeling a bit underwhelmed. The company announced several new phones, with the two most interesting being the W880 Walkman music phone and the K810 Cyber-shot camera phone.

But there were also some nifty Bluetooth accessories, and four other phones that while basic, are just what a significant amount of mobile users are looking for, rather than all the bells and whistles.

The fact remains that it was very much evolution rather than revolution, at a time when some of Sony Ericsson’s rivals (traditional and new) are unveiling all manner of breakthrough products. Take the K810, which is Sony Ericsson’s flagship camera phone, but only has a 3.2 megapixel camera. Isn’t that a bit puny next to the latest LG and Samsung camphones? Sony Ericsson says not.

“For the majority of consumers, 3.2 megapixels is probably more than enough quality, especially when you see the way we optimise those photos,” said Steve Walker, head of product marketing at Sony Ericsson.

“Yes, megapixel increases are on our technology roadmap, but when we look at the research we do within Sony on the camera market, for many consumers 3 megapixels is more than good enough. And of course, as megapixels increase, so storage needs increase too.”

It kind of makes sense, but when during the same event Walker also talked about Sony Ericsson’s history as a camphone leader – launching the first integrated camera phone, and the first megapixel model – shouldn’t it be releasing phones that aren’t just good enough for what consumers do now, but for what they’ll want to do a few months down the line?

The W880 has some strong positives, specifically its super-sleek design, and the fact that it comes with a camera (a shocking omission from the otherwise-marvellous W950i). But some niggles remain. Why no 3.5mm headphone jack so you can plug your own phones in? Nokia has said it’ll have one in every Nseries handset going forward, after all.

Walker said that the company’s solution – putting the 3.5mm jack into the headphone cable – removes the problem. One journo pointed out that this falls down if the user loses that cable. “Well, try not to lose it is the best advice I can give you,” he said. Thanks for that.

The elephant in the room at any music-focused mobile launch this year is, of course, Apple’s iPhone. I should stress, I’m not an iPhone evangelist – it’s got a bunch of flaws of its own to sort out – but you’d expect Sony Ericsson to be able to give a convincing argument of why people should buy its Walkman phones now, rather than waiting for the iPhone.

Walker did make some implicit comparisons when asked. “We have a range of products across a range of price points, including some at a price point of less than 100 Euros,” he said.

“It’s a slim, compact phone that’s not compromising on the phone capabilities, but with everything in the package to let you listen to music on the move. It works, we know it works, we have a lot of consumer feedback from people, and they like the accessories. I can’t really comment on iPhone and what Apple’s doing. We’re proud of what the Walkman’s doing.”

I really wish Sony Ericsson, Nokia and any other mobile manufacturer targeting the music market would comment on the iPhone. It’s huge competition for them going forward, so shouldn’t they be coming out now and saying ‘Look, the iPhone’s far too expensive, you won’t be able to download songs over the air, it’s too big and you’ll be tied into Apple’s ecosystem’? Aren’t these people up for a scrap, in other words?

This has been a bit of a rant so far. There’s a bunch of good things to report. Sony Ericsson has a new focus on FM radio, which by all accounts – Nokia reported this too – is a hugely popular feature with mobile users.

Sony Ericsson’s Track ID technology, which has been developed in partnership with Gracenote, lets you ‘tag’ a song playing on the radio and have it identified, while also offering the same thing for any music you hear while out and about. The latter is nothing that Shazam didn’t do a few years ago, but tying it into the radio is great.

But again, where does this lead? How about DAB chips in Sony Ericsson phones, or interactive features around the FM radio like Nokia’s Visual Radio? Something’s cooking, but Walker couldn’t say what. “The expansion of that capability is an interesting one for the consumer. We have some things that we’re working on, but nothing we can say today.”

The same is true of questions over whether Sony Ericsson’s Bravia TV phone, so far released only in Japan, will come over here. Not anytime soon, judging by the comments today. “Japan is a very high-end market, so we can offer a phone there that delivers a mobile TV experience that lives up to the Bravia name,” said Walker. “It’s limited to Japan now, but that’s not to say we won’t see that capability coming into other parts of our product range in the future.”

Finally, what about full-track downloads? iPhone will, obviously, work closely with Apple’s iTunes Music Store and iTunes application. Nokia is planning to launch some form of music download service this year. Does Sony Ericsson need to do the same? Seemingly not.

“Consumers don’t want to be limited,” said Walker. “The internet world has taught us that choice is what makes these things come alive. We want to make sure that we have the enablers – the right way of playing and protecting music – but it’s not our business to be predominantly in the music services world.”

Sony Ericsson does have its M-Buzz service, which sells ringtones and full-track downloads of new bands, but Walker said that’s more a “stimulus” for the market. “What we do is work with our major operator customers to work out how their music services can be integrated into our Walkman phones,” he said. “We do that with Vodafone, Orange, T-Mobile and many more besides.”