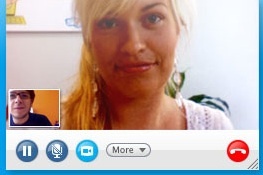 Skype have just released version 2.5 of their Internet commuication/VoIP software for Mac, and it offers improved features including cheap SMS calls and multi-user conference calls.

It’s been in beta since November last year, but now the creators obviously think they’ve fixed enough bugs and issues to make it fully public.

They’ve improved the video codec used so that video calls have improved quality. They even say that brave ‘power users’ can tweak some code and get ‘near HD quality’ calls.

There’s a birthday reminder feature, free one-to-one video calls over a broadband connection, and the ability to make conference calls with up to nine other people.