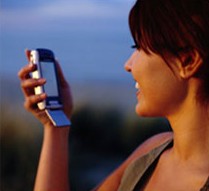 The new feature is only available in beta form to Orb’s US users at the moment, but given Orb’s partnership with UK mobile operator 3 for its X-Series handsets, hopefully it’ll come here soon.

MyCasting users can send YouTube vids to their phones, but also clips from Google Video, DailyMotion and Yahoo’s video service. “We’re breaking out internet video sharing from the PC only and onto the mobile phone,” says Orb boss Joe Costello.

“Think about how you typically find out about an Internet video – your friend pings you on IM or sends you an email with a link so you can watch it. Orb takes that spontaneous moment of sharing to another level – you send a text message with a link to the video from your PC to your friend’s mobile phone. They click and watch anytime, anyplace.”

Interestingly, Orb is pitching the new feature as “another way for consumers to bust a bigger hole through the walled garden” of mobile operators, despite the fact that it’s working with 3 over here to do just that. Vodafone’s deal with YouTube, announced earlier today, offers a similar promise of being able to share your favourite videos with friends, albeit only if they’re also on Vodafone.

One thought on “Orb Networks launches its own mobile YouTube features”