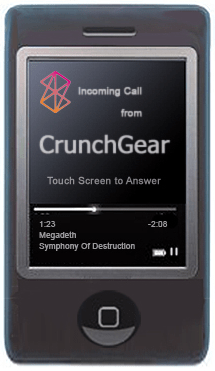 CrunchGear broke the story yesterday and now it’s spreading around the Net like wildfire: the very real possiblity (according to sources) that Microsoft is working on a Zune mobile phone that could be ready by the end of the year.

CG’s sources suggest that it’ll be a smartphone that works with the Zune marketplace and can sync with the Xbox 360. It will run an interface similar to that of Zune, rather than Windows Mobile, which makes sense if it’s building on the Zune’s capabilities.

The rationale behind allowing it to sync with Xbox 360s? Market penetration, and the ability to stream movies over the net via the Xbox and get them onto the phone.

As with all rumours and whisperings, there’s not much more to go on than that at present, but I’m sure we’ll be hearing much more about it over the coming months.

What’s interesting is that neither Apple nor Microsoft have their own mobile phone on the market, so it could be argued that the playing field could be more level when it comes to how they compete with one another. They’ll both be playing catch up to the major mobile players though, and it’ll be interesting to see how they both attack the market.

What Apple have is a loyal following, and a huge hold on the MP3 player market – something Microsoft can’t yet say about their Zune. If both companies choose to play on the strengths of their respective media players, Apple has the upper hand.

Microsoft certainly have the clout and the cash to bring something to market in this time frame, particularly if there’s been R&D going on behind closed doors. It’ll be a very busy year for them, though, with lots of shiny new offerings: Vista, Office, Zune, Zune phone.

How much will Ballmer shout and jump about in 2007?