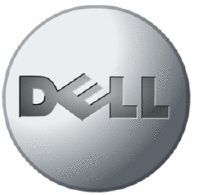 Reg Hardware reports that Dell may be considering making a games console, pitting it against giants such as Sony, Nintendo, and Microsoft.

At a Dell event in Spain last week, head of gaming products Abizar Vakharia (who presumably is going to get a lot more busy if this is true) said that gaming ‘is definitely on the radar screen’.

However, he remained corporately tight-lipped about any plans. Potentially Dell could adapt one of its PDAs to play games, particularly as they could sport a full version of Windows and hence play a wide variety of PC-based games.

I can’t help thinking that Dell are trying to push into markets that they don’t quite belong in. True, the same could be said of Apple, but Dell have already been burnt by portable music products and have even tried to enter the high definition TV market.

Yes, Dell have PCs designed for gaming but mobile gaming is a whole new ball game dominated by some very big players.