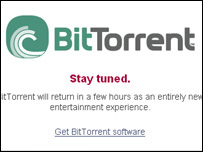 In fact at launch, around 3,000 movies and TV shows available from companies such as Warner Brothers, Paramount, MTV, MGM, 20th Century Fox and Lionsgate. New releases will include films such as Superman Returns and featured TV shows will include 24 and Prison Break.

New movies will cost $3.99 (around £2), with older films around $2.99 (£1.50) to download. TV shows will be $1.99. Obviously these are US prices – there’s no word if the same pricing applies in Europe. Once downloaded, TV shows can be kept indefinitely but films for just 30 days. And it’s Windows Media Player only.

Whether the company can convince its larger userbase to pay for something they have previously received free is something only time will tell.