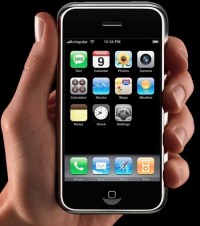 According to Apple Insider, they have it on good authority that a Swedish firm has been assured that they’ll get their hands on a 3G version of th iPhone as early as January 2008.

Whether it will be the first model that those outside the US get their hands on, or not, remains to be seen. Will there be two iPhones, one with and one without 3G? After all, not everyone (so I’ve heard) is so bothered about 3G if they have decent wi-fi, and are more concerned about the entertainment potential of their mobile.

Apple’s choice of cellphone networks would obligate it to use a particular form of 3G known as High-Speed Download Packet Access (HSDPA) [which] happens to represent Apple’s best shot at selling the iPhone beyond American borders. In Europe, cheaper data rates and widespread 3G networks encourage Internet access from smartphones to the extent that many cellphone giants lavish more attention on their phone lineups for that continent than anywhere else. Nokia’s range toppers, for example, are often badged as “multimedia computers” rather than cellphones.

Seems fair enough to me. Apple don’t like to be left behind, and a second-generation, export version of the iPhone sporting 3G seems entirely plausible.