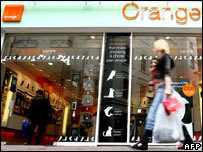 Epitiro has named its leading consumer broadband providers for the 4th quarter of 2006 (October-January), with only one significant change – Orange has re-entered the top five, but was unable to depose BT from the top spot.

Epitiro monitors “customer experience” for internet access services, collecting 622,147 real-time data samples from eleven locations around the UK. This means that from 1st October to 31st December 2006, each broadband service was tested over 60,000 times on average. From the tests, Epitiro can collate detailed figures on the speed and reliability of Internet connections, how long it takes to connect to the Internet, downloads and uploads and the performance of both ping and DNS lookups.

From those tests, BT and Pipex were found to be the leading providers, followed by Orange, Demon and Virgin in 5th place. However, Virgin has the consolation of having the lowest number of connection failures. Out of the leading group goes Plusnet.

But it’s good news overall – browsing speeds increased steadily through 2006, with the average consumer ADSL connection speed for the fourth quarter at 5728.3 kilobytes per second.