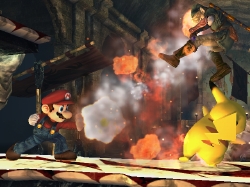 It’s been a busy week over on WiiWii, as the anticipation mounts for next month’s launch of Nintendo’s Wii console. For starters, there’s a look ahead at the top five Wii games coming in 2007, and previews of launch titles The Legend Of Zelda: Twilight Princess, Wii Play, Super Monkey Ball Banana Blitz, and Tony Hawk’s Downhill Jam.

Meanwhile, Kat won the hearts of a million Mario lookalikes with her piece on why a woman will always choose a Nintendo fanboy over a 360 or PS3 fanboy, Al paid a prescient tribute to Donald Rumsfeld by outlining the known knowns and known unknowns about Wii’s connectivity with DS, and Stu picked five reasons why the PS3’s Sixaxis controller doesn’t mean Game Over for Nintendo’s Wii-mote. 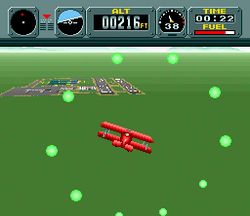 There’s been bags of news on games coming to Wii’s Virtual Console, with eight titles leaked on Wednesday, and more than a dozen more on Thursday. Mario Kart 64, Starfox 64, Pilotwings, Super Metroid… hours of retro fun. Meanwhile, if you haven’t pre-ordered a Wii yet, there’s a guide to where you’re still likely to find one for launch day.

Videos include a fat man playing Bleach, the new Super Smash Bros Brawl trailer, and the assembly line in a Wii factory. eBay picks included a fake Wii-mote controller that actually works your TV, and an old-skool Flagman Game’n’Watch, which came out in 1980 and is still in spiffing condition. Admittedly, it’s got very little to do with Wii, but Nintendo buffs will still be dribbling over it.