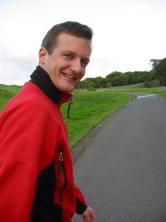 Forget inviting family and friends round to see 520 prints worth of skiing holiday photos. You know they’ll find excuses after the last time anyway. Nowadays, the Web is where you should be sharing your holiday experiences with willing (and not so willing) observers.

Flickr is increasingly popular, of course, as are blogs – which can now even be updated while you sit on the beach sipping your Mojito. But some people are going beyond even that, on a site called Everytrail. It mashes up users’ photos and words with GPS data, and Google Maps and Google Earth to create a record of their trips, from hiking and mountaineering through to sailing and biking.

Everytrail has its roots in founder and CEO Joost Schreve’s own travels around the world, and frustration at the fact that it wasn’t easy to share his photos and experiences online. Having created various websites and blogs, he and his friends decided there must be a better way. Hence Everytrail.

“Right now, we mostly rely on GPS data for people to share their location,” he says. “It’s very precise, so you can specify it on a map. And more and more people are using GPS devices these days, especially if they travel often. It’s becoming more andmore mainstream, right now on dedicated GPS devices, but it’s coming to mobile phones and cameras too.” 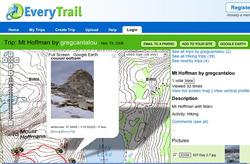 Everytrail uses a mixture of Google Maps and Google Earth to display people’s trips, mainly because of the way Google has made it easy for third-party services to hook into them. Joost says Everytrail now has well over 1,000 users, without doing any marketing. A couple of blogs have written about the site, and then word of mouth built from there, helped by the fact that some key groups of potential users are tight-knit communities.

“We’ve been very positively surprised by the wide variety of trips that have been uploaded,” he says. “Initially I thought that people would use it for hiking and mountain-biking, but people are uploading sailing trips, road trips, city walks… pretty much anything you can do outside. It’s great.”

As the site grows, it should provide Joost with an invaluable insight into travelling trends, for example providing an early insight into rapidly-growing types of adventure holiday or activity. The site is already being used to share information between different travellers too – something Joost says will be built on in the future.

“There’s no better way of getting information on any activity than asking the guy who’s like you and went there last week,” he says. “It’s core to our vision. We see some websites like TripAdvisor who already do hotel recommendations, and we believe that the same concept is applicable for trip information and recommendations.”

Right now, all the content on Everytrail is contributed by its users. Could this be complented in future by content from commercial organisations too? Joost says that this is certainly possible, although he’s not sure if Everytrail will take that route (no pun intended). However, the site has to make money somehow, so advertising is likely to feature.

“I want to keep the service free for everyone to use,” says Joost. “I’m looking to earn money with advertising, which I think can be very relevant to users in this context, because they’re into a specific activity and location. We know that users don’t mind advertising, especially when it’s relevant. But we will definitely stay away from just generic non-relevant ads.”

As alluded to earlier, a big trend that could fuel Everytrail’s growth is the spread of GPS into a wider range of devices, particularly mobile phones. This is partly because users will be able to upload their photos and thoughts in real-time, while on location, rather than having to wait to get back home.

“It’s very early now for GPS phones, as they’re just coming out,” says Joost. “But once they get more mainstream, they’ll be a great way to get location-specific information when users are at specific locations, and it’ll also make the process much easier to press the button to put their stuff on the website.”

One thought on “GPS meets Web 2.0: Everytrail's Joost Schreve in our Friday interview”